Creemore – its name comes from Irish Croí Mór for ‘big heart’. The little village with the big heart is quite possibly Ontario’s best-kept secret, brimming with small-town charm to appeal to urban-weary folk in search of a country escape.

The settlement of Creemore began in 1842. By the turn of the century it was a thriving village of 800 people, the hub of a vibrant farming community. Today, 1300 people live in the village, surrounded by almost as many city types who come first as weekenders and then retire here full time.

Situated about an hour and a half north of Toronto, just south of Georgian Bay, it nestles in the valley between the Mad and Noisy rivers, bordered by the Niagara Escarpment.

Harrowsmith magazine named it one of the ten prettiest towns in Canada.

The picturesque, tree-lined main street that extends for a mere nine blocks, oozes small-town, old Ontario charm. Well-tended, historic, red brick homes line the north end and an inviting mix of boutiques, shops and cafés, the south. Anchoring the south end, is Creemore Springs Brewery. Among art galleries, boutiques, a pub and cafés, you will discover Cardboard Castles, a shop to delight the child in everyone, Curiosity House Book Store, the best little bookstore in Canada and the 100 Mile Store, featuring top-notch meat, produce and baked goods from within a 100-mile radius.

The Heart of the Village 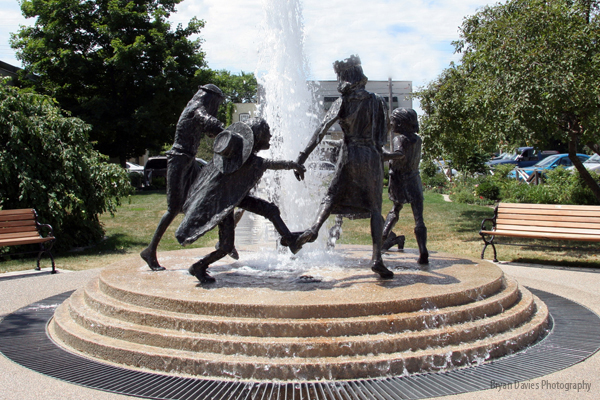 The heart of the village embraces a fountain sculpture, a charming, walk-through garden that is lovingly tended by members of the horticultural Society. These are the link between Mill Street and Station on the Green, the village hall. The whimsical sculpture, ‘the Children’s Dress Up Dance’, was a gift to the village by artist Ralph Hicks. On summer Saturday mornings, the parking lot of Station on the Green morphs into a farmer’s market. Locals and visitors alike come for the farm-fresh produce and an opportunity to put a face to the people who produce the food. 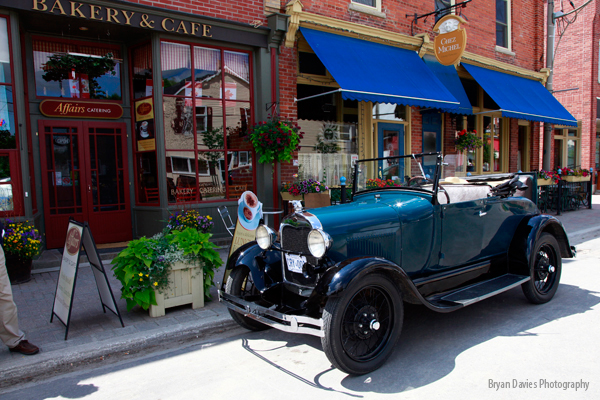 When Chez Michel opened at 150 Mill Street in September 2004, Elinor and Michel Masselin brought a touch of Provence to the Purple Hills. The Masselins had been doing that for the previous sixteen years, in their restaurant outside Craigleith. Wanting to be “part of a community rather than a highway location between two towns,” the couple chose Creemore because it reminded them of Europe, bringing with them their chic French country restaurant dressed in the bright colours of Provence.

Michel’s roots go back to Normandy and Provence. French cuisine runs thick in his veins. Ask how he defines his cooking style, he will tell you, in his delightfully accented, but perfect English, that it is “basic French classic cooking, based on the sauces – stock pot reductions using local, fresh produce in season, made from scratch.” Much of the produce in season comes from his kitchen garden located behind the restaurant. C’est manifique! 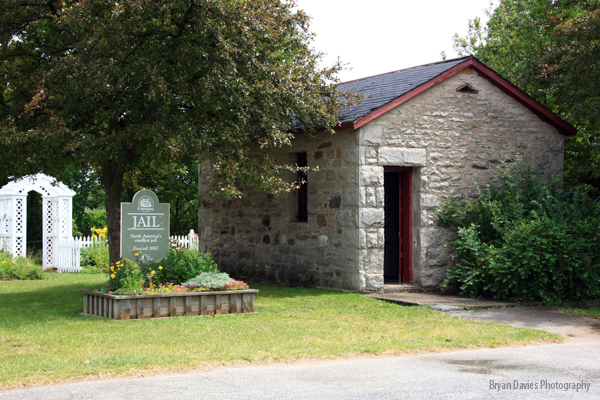 The village jail, built in 1892, has two rooms, but no lock on the door. The sign out front reads ‘North America’s smallest jail.’ It’s a claim that is challenged by two other Ontario towns – Coboconk and Tweed.

Nestled in between the jail and the library is a historic log cabin. Built in the early 1870s, the 616 square-foot, one-room structure was originally home to James and Abigail Scarrow and their ten children. Slated for demolition in 2011, the cabin was dismantled and relocated next to the jail thanks to the generosity and volunteer labour of hundreds of ‘big heart’ residents.

The village may be small, but it has one very big product – beer. The Creemore Springs Brewery which dominates Mill Street, prides itself on being 100 years behind the times. Using fresh spring water from the slopes of the Niagara Escarpment, they make their beer in small batches, in an open flame copper kettle, using the same painstaking methods as the European brew masters of the 1800’s. Touring the brewery gets you tasting samples as well as insight into how the suds are made. 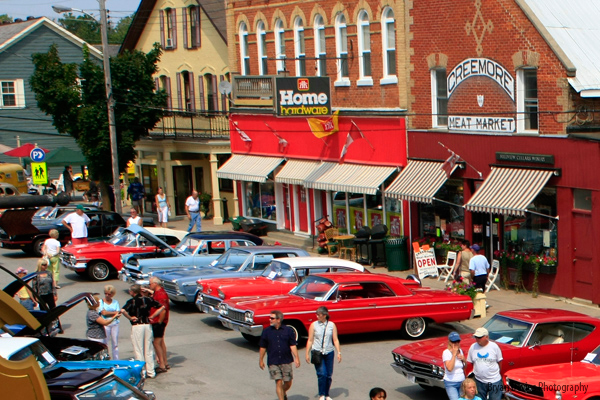 One weekend, every August, the brewery hosts the Copper Kettle Festival. The old-time street party celebrates all things a hundred years behind the times. At the Farmer’s Market at Station on the Green features you’ll find local produce, freshly baked bread, local cheese, jams and jellies and a variety of hand crafts. Antique and classic cars line the main street while kids of all ages enjoy good old fashioned fun, including pony and wagon rides at Mad River Park. And the party, with live music, continues in the main street beer garden. 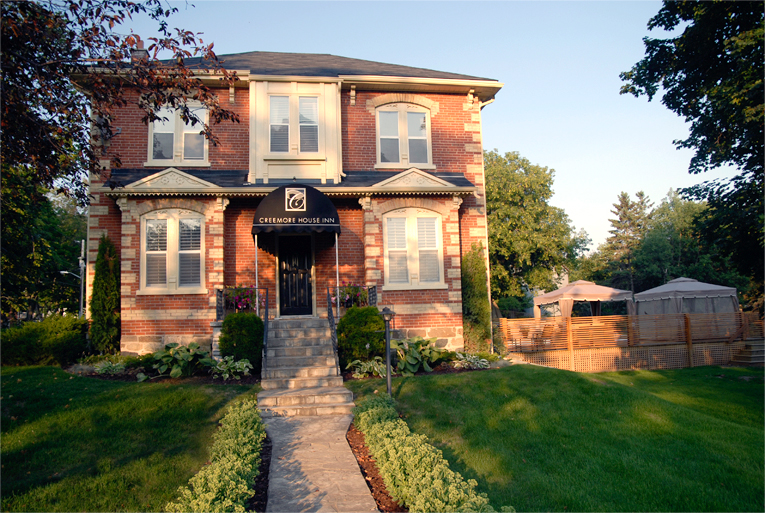 For weekend visitors, this charming bed and breakfast is housed in one of the town’s oldest residences, a 19th century red-brick two-storey house. Often described as a luxury boutique inn, it sits back from the main street, surrounded by a lovely lawn and an inviting pool. Guests can stay in one of four spacious suites featuring chiropractic beds, plasma-screen TV, complimentary wifi and gourmet continental breakfast