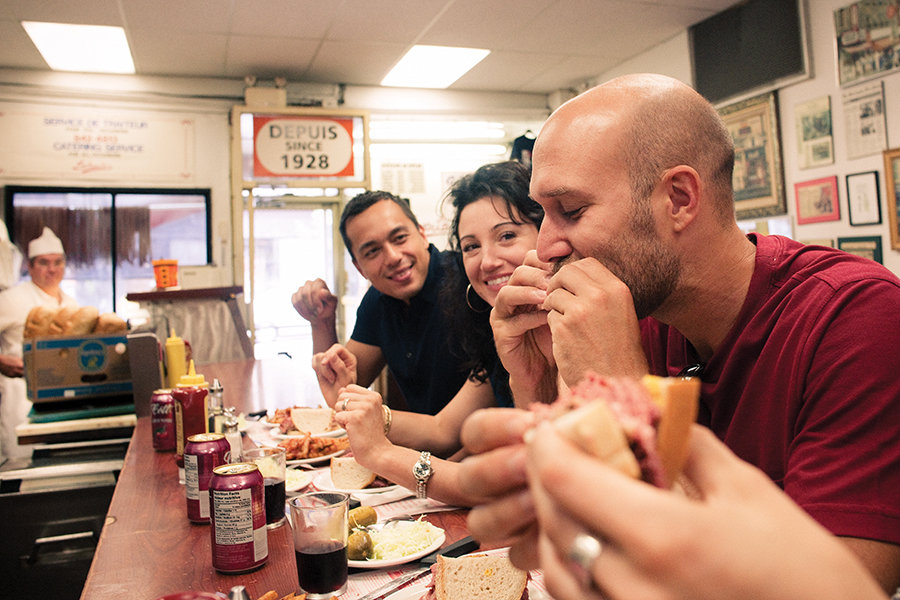 Of the myriad reasons to love Montreal, none is more enticing that its lively food scene. From bagels to bistros, poutine to French pastries, smoked meat to celebrity chefs, the city continues to deserve its reputation as an exciting gourmet destination. 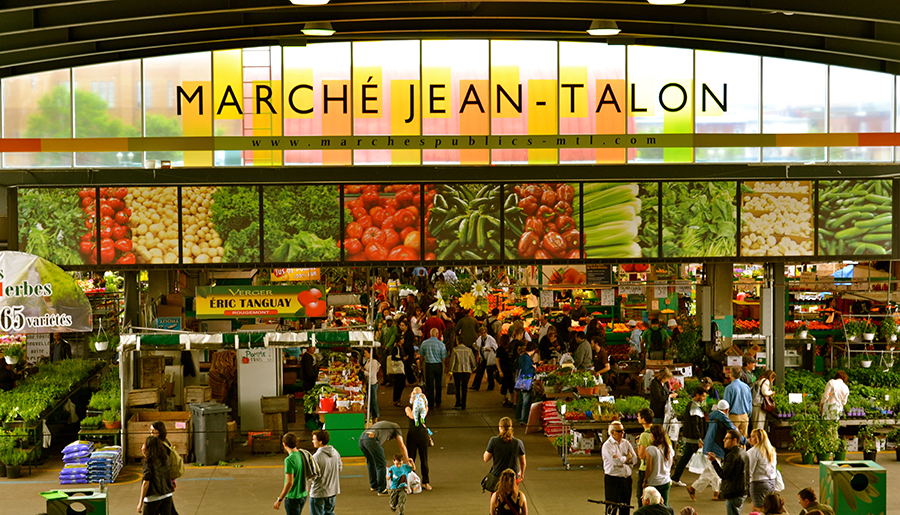 The Mecca of all things foodie in Montreal, Jean Talon Market claims to be  the biggest outdoor market in North America. Situated in lively Little Italy, it has, for over 80 years,  been the place to go for farm-fresh produce, choice fish and meats and specialty products including artisanal cheese, maple syrup in all its incarnations and exotic Moroccan fare. Go when you’re hungry and eat your way through as you shop. Delicious discoveries on my last visit included fried calamari and shrimp at Poissonnerie Aqua Mare that was hot, fresh and bursting with flavour and burnt maple caramel ice cream from Le Havre aux Glaces, one of the city’s best artisanal ice cream makers. 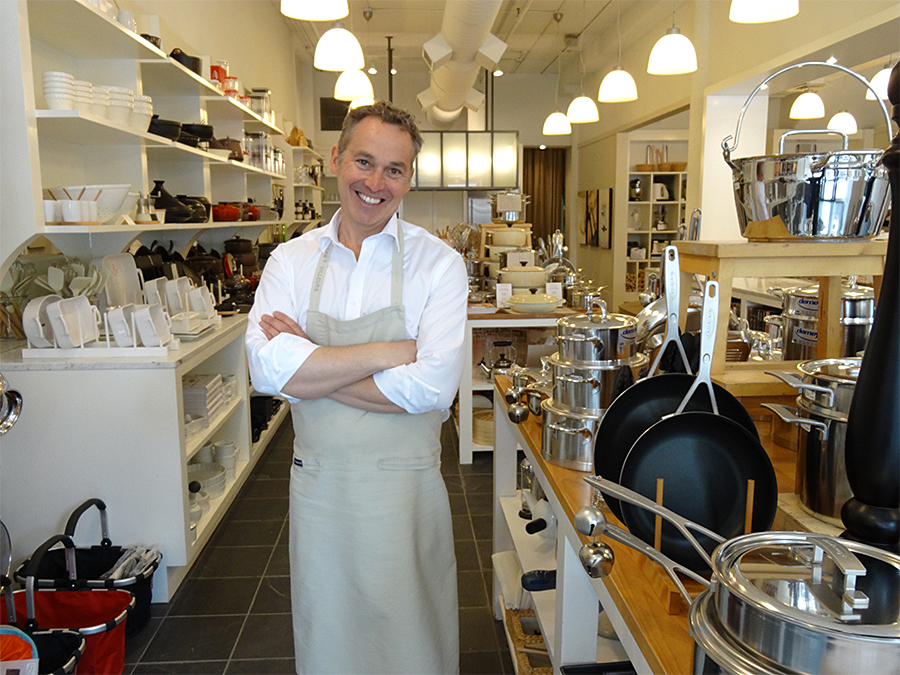 A trip to Montreal isn’t complete for me without a trip to this store. I go to soak up the gallery-like ambiance; I go for the ultra-modern kitchen tools that you don’t see everywhere; and I go to chat with the friendly, knowledgeable staff about what’s new and exciting. The next visit, I promise myself will be to take one of their cooking classes given by the best chefs in the city. 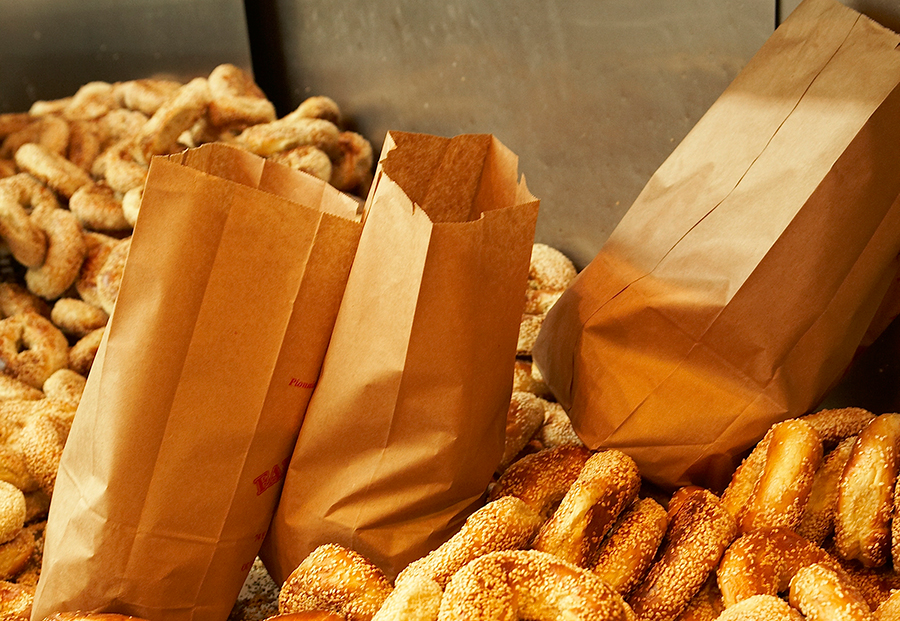 Hand-rolled, wood-fired, crispy on the outside, soft on the inside – that’s the essence of Montreal bagels. Fairmount and St. Viateur, in business since 1919 and 1957 respectively, are, hands down, the city’s go-to shops. Every Montrealer has his or her favourite. St. Viateur’s are a little saltier compared to the slightly sweeter offering from Fairmont. I would queue up for either one of them. Since the shops are around the corner from each other, it’s easy to visit both, then judge for yourself.

Schwartz’s and Montreal-institution belong in the same sentence. The city’s best-known, classic Jewish deli has been serving their smoked meat sandwiches for over a century.  Rye bread with mustard, stuffed with super moist, full-of-flavour brisket – it’s as simple as that. There’s a takeout counter next door. For the full experience, queue up to sit down. 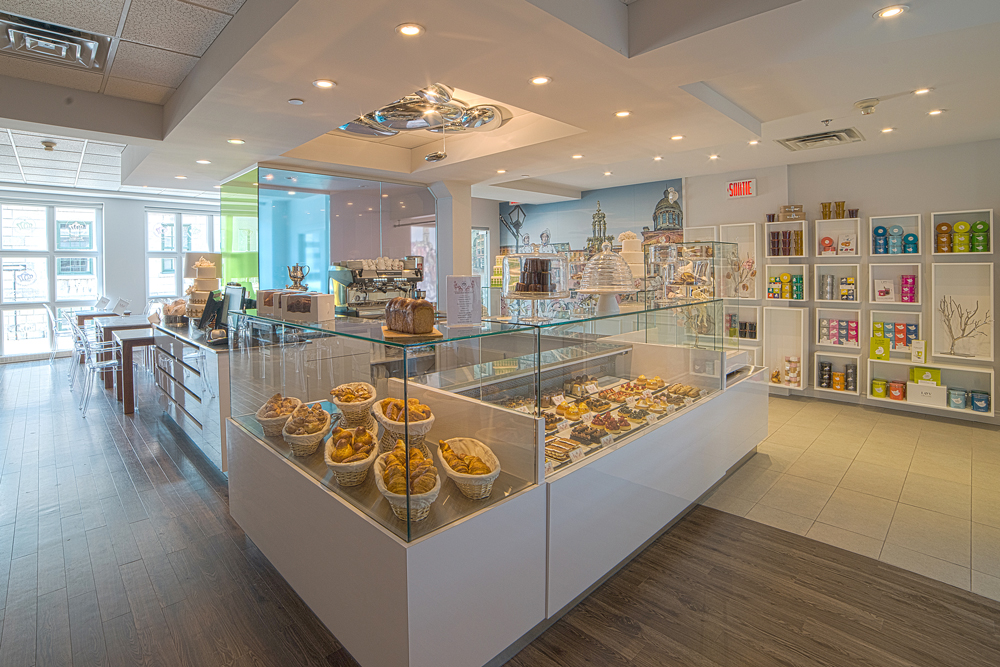 In a city where good patisseries are not hard to come by, this sweet spot is a stand alone. On one of the oldest streets in Old Montreal, in a beautifully restored grey stone building, Christian Faure created a modern space for his pastry shop, cafe and cooking school. A native of Lyon France, the red, white and blue collar on his chef’s jacket identifies him as a member of Meilleur Ouvrier de France, the country’s highest culinary honour.  His passion for pastries is contagious. “Eating pastry is such a pleasurable experience,” he says. “We are “‘the merchants of pleasure.” I can’ t leave without sampling his signature, cloud-light Brest Eclair filled with praline cream and caramelized hazelnuts and my favourite combo – passion fruit and raspberry – presented in a little tart shell. 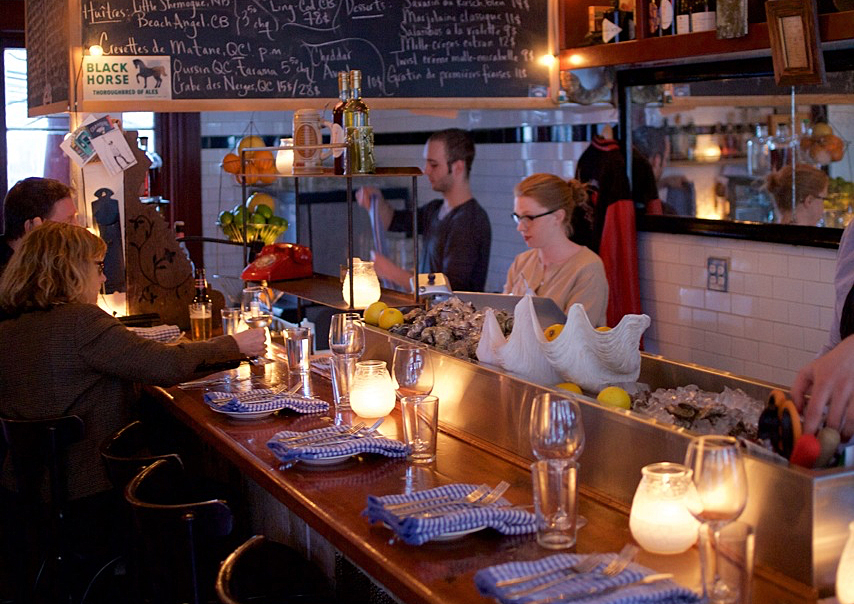 Celebrity chef, Anthony Bourdain, put this pint-size eatery on the map  when he featured it in an episode of The Layover: Montreal. Chef/owners Fred Morin and Dave McMillan’s claim to fame is their no frills, just fabulous, over-the-top, hearty Québeois fare and their extensive, well-edited wine list. In May 2015, it was named to the Top 100 Restaurants in the World (coming in at #81) by Restaurant magazine.

Open year round, Atwater Farmers’ Market  is a magnet for tourists, offering easy one-stop shopping for everything from farm fresh produce, fish, meats and baked goods to maple syrup. And, at the popular Fromagerie Atwater, you’ll find a selection of over 700 cheeses, with a special emphasis on Quebec artisans cheeses – the pride and joy of proprietor Gilles Jourdenais. .

Since 1968, this is the place to go for poutine – that signature, late-night classic Québecois dish. The toughest decision is choosing from almost 50 variations from the basic (french fries and cheese curds smothered in gravy) to the most popular Rachael (vegetarian with veggie sauce) or the delicious heart-atttack-inducing TRex (an all meat extravaganza).

In a delightful little shop, with an open kitchen, at the corner of Duluth and St. Hubert, you can watch melt-in-your mouth bonbons being hand-dipped in Valrhona chocolate. Owner and former pastry chef Chloe Gervais-Fredette creates 20 flavours, including caramel, spice, buckwheat honey, tonic bean, sea salt and pepper, Choosing just one is the challenge. 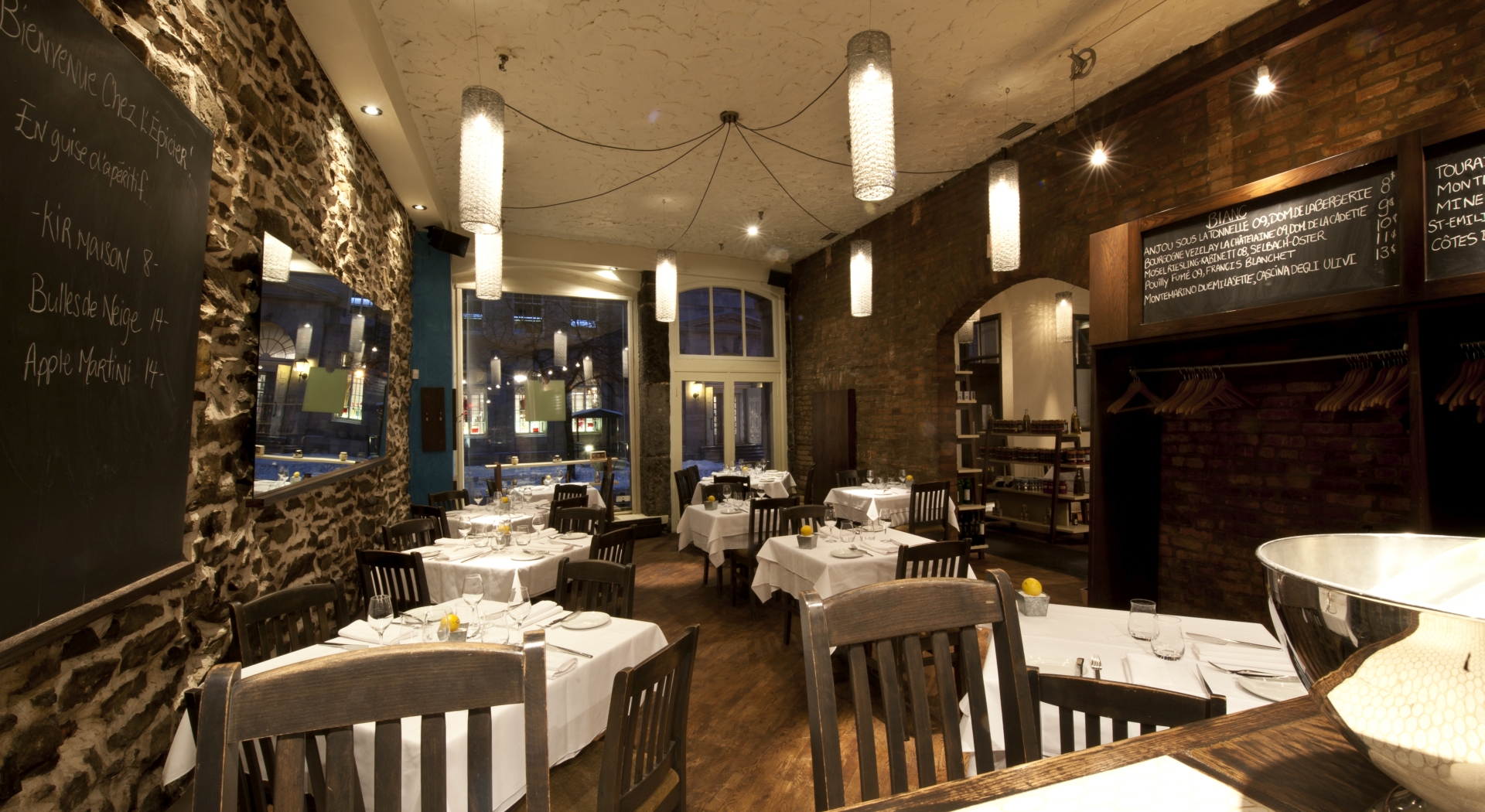 With 6,000 restaurants to its credit, it’s not hard to find a memorable meal in Montreal. My go-to place for one of the city’s finest tables is this cozy bistro in a converted 1880s warehouse. More than a restaurant, it is also a gourmet grocery. Chef Laurent Gadabout, who never disappoints,was tapped to head the Canadian team to Lyon for  Bocuse d’Or, considered to be the culinary olympics. A great ambassador of Montreal food.