Istanbul is a glorious city, steeped in history and layered in culture. It is also notorious for its clogged streets and endless traffic jams. By staying at two hotels in different neighbourhoods, we enjoy the ultimate Istanbul experience without traffic tie-ups and taxi hassles. 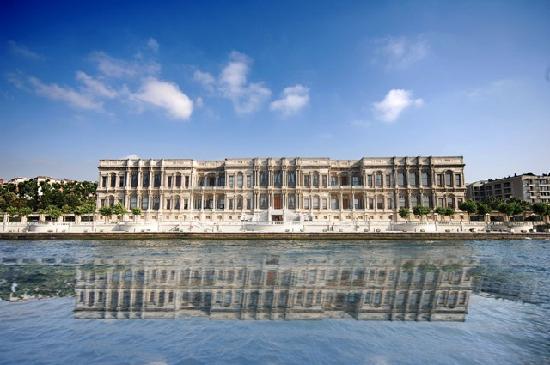 At our first stop, Çırağan Palace Kempinski, we enjoy suburban living along the magnificent Bosphorus River. Çirağan means lighting or festival in Persian. The name was inspired by the fireworks at the festivals held in the extensive gardens of the palace. The Bosphorus, more correctly a strait than a river, connects the Sea of Marmara to the Black Sea, while dividing the city of Istanbul into its European and Asian sectors. Once the heart of the Ottoman Empire, Istanbul is the only city in the world that straddles both Europe and Asia. Çırağan Palace Kempinski sits on the European shore. 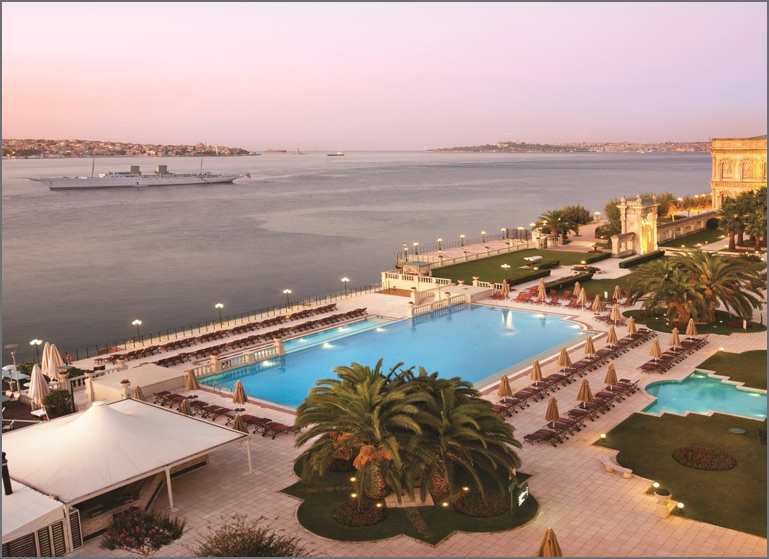 The scene from our spacious, river-view room looking over the waterfront infinity pool onto one of the world’s most strategic waterways and the Asian half of the city is mesmerizing. 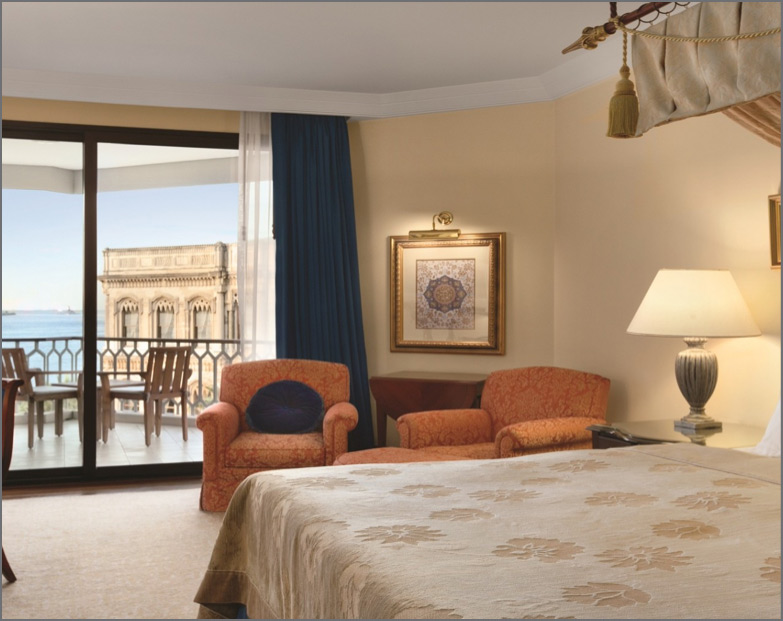 Little wooden ferries shuttle commuters between Europe and Asia. Tankers, small fishing boats, and pleasure craft Around 48,000 annually. If there wasn’t so much to see and do beyond these opulent walls, we could stay, glued to the window all day. Tearing ourselves away, we enjoy the extensive, palm-treed gardens and the, stroll along the waterfront parks and walk to Ortakoy with its many shops and cafés. It’s a short walk to the ferry dock where, one day, we cross to the Asian side and another, for a 90-minute tour along the river. 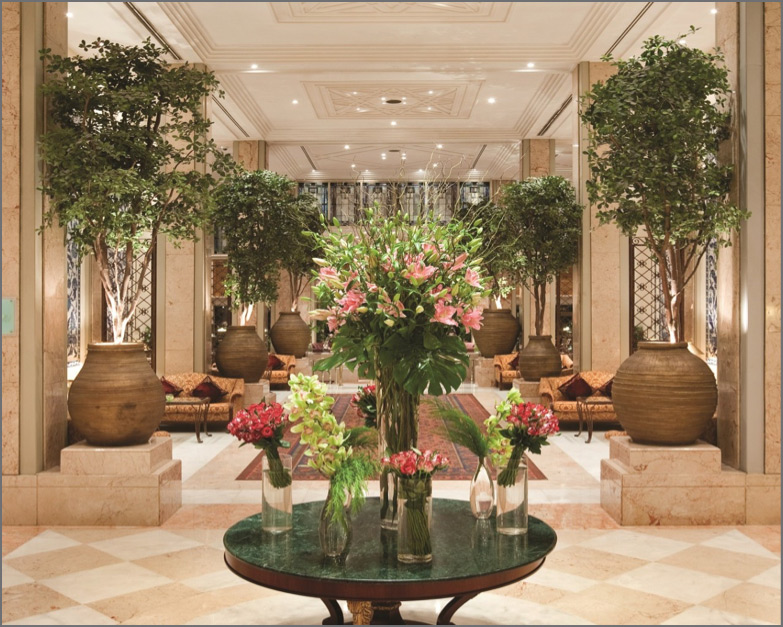 Staying here feels as if you are a guest in a sultan’s glamorous, opulent digs. The spacious foyers and halls are luxuriously carpeted in vibrant Turkish rugs. The floral arrangements – and there are many – are large and lavish. The hallways are lined with pictures of formidable-looking sultans in full regalia. Security screening when we arrive is the first clue that royalty and world leaders are frequent guests. 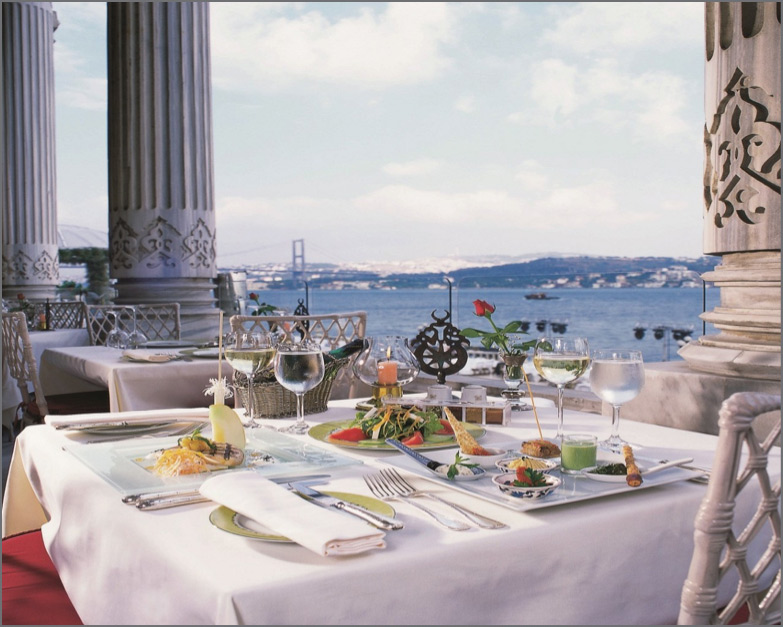 After the big fire in 1910, the palace lay abandoned until 1982 when it was restored and blended with a modern wing where 280 guest rooms are located. The poshest suites are in the original palace wing. So is the elegant Tuğra Restaurant that offers a superb Ottoman dining experience. 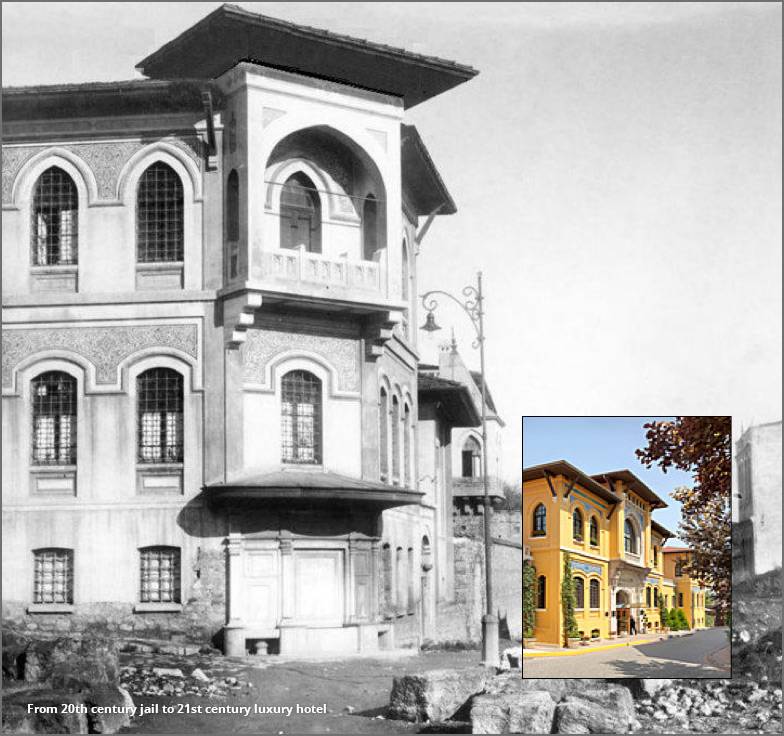 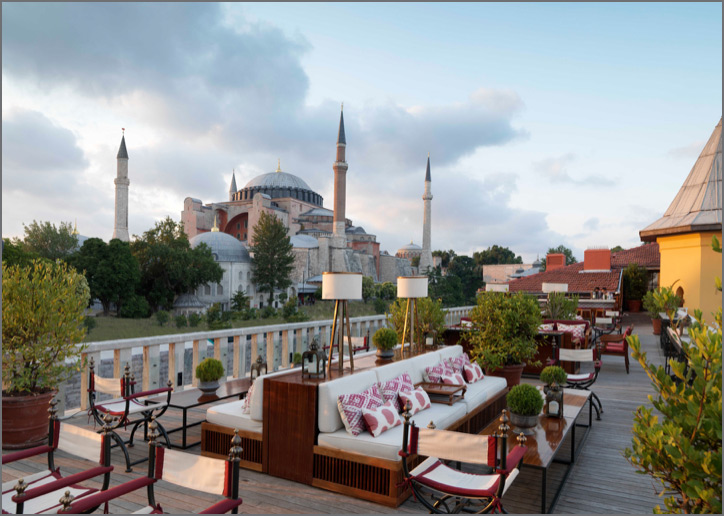 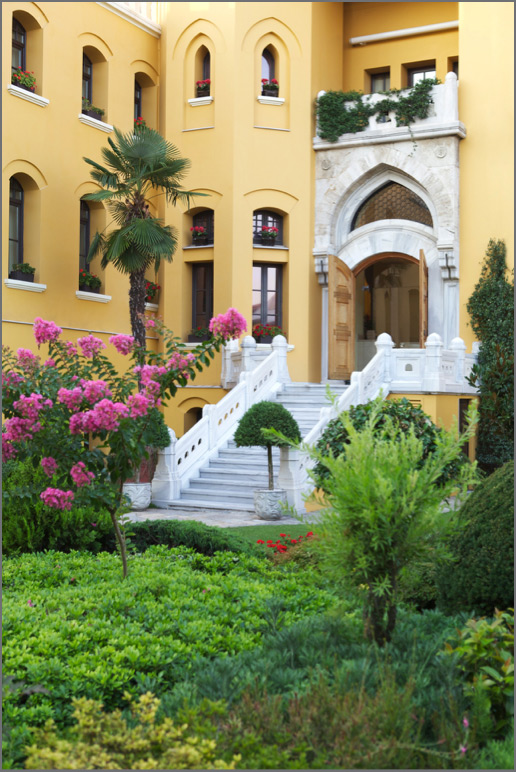 During the dour fortress era, Sultanahmet Cezaevi, housed, not wild, ax-murderers, but some of Turkey’s most famous literary and political dissidents. Built originally in 1918-19, the last prisoners were released in 1969 and the jail was closed and abandoned. Enter Four Seasons Hotels. In 1996, after two years of extensive renovations, Four Season Sultanahmet opened its doors as an intimate (there are only 65 rooms) luxury hotel. 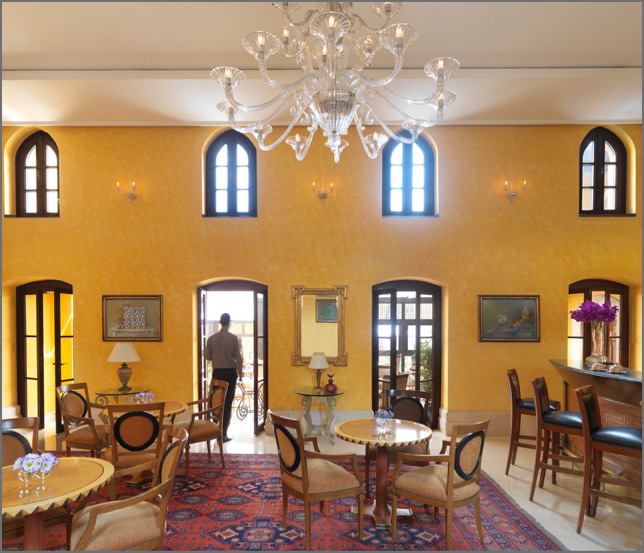 Sinan Kafadat, the young Turkish architect who redesigned the old prison building realized that it lent itself to the demands of a luxury hotel today. Rooms, once used as meeting area for lawyers and their jailed clients, are now intimate sitting rooms surrounding the uncluttered lobby. 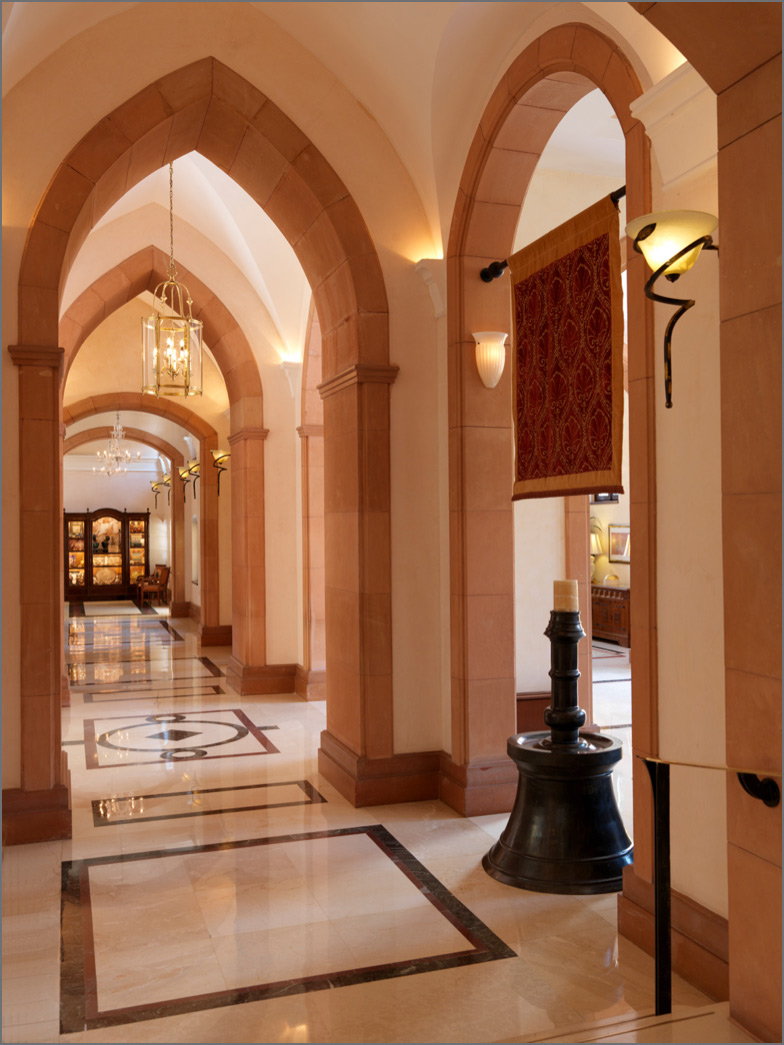 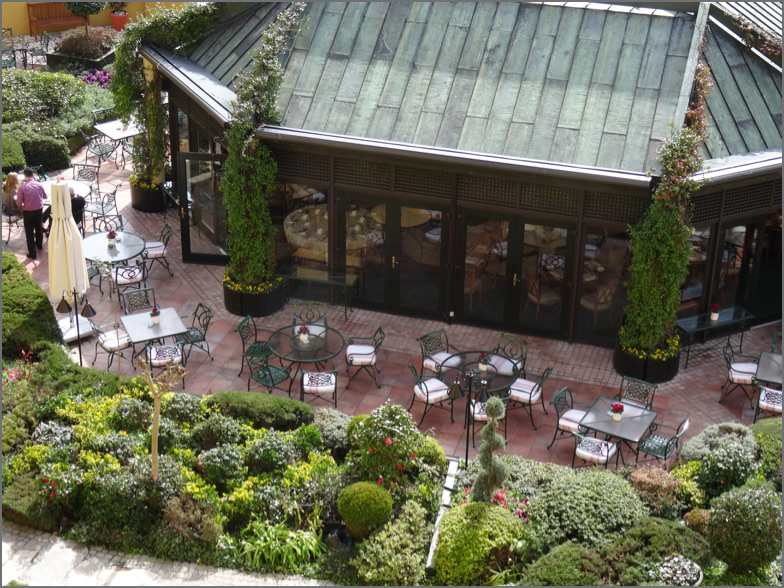 With its pointed arches, dramatic domes and towers, and ornate tiles, the mustard-yellow building is a first-rate example of Turkish neoclassical architecture. The building, which wraps around an intimate courtyard, once the prison’s exercise area, is now a beautiful garden surrounding the glass-enclosed restaurant. 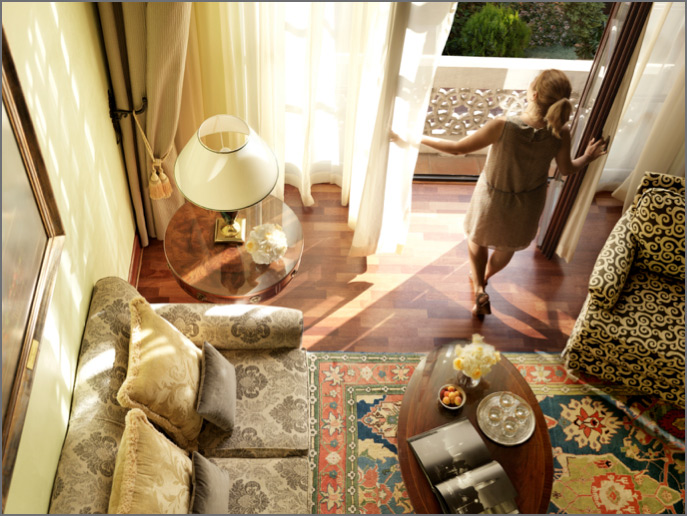 Our corner, multi-level suite, once housed the prison warden. Today it is furnished with muted fabrics, warm woods. Floor-to-ceiling windows and a little Juliet balcony look out onto a historic café-filled alleyway where incense and spice aromas fill the air. Windows on the other side of the hotel provide a front row view of two of the most famous buildings in the city – the Hagia Sofia with its onion domes and the Blue Mosque.